Facebook is currently testing a new way to “go live” on its social platform – a feature that was previously available by pressing the “Live” button on the Status update box. For some users the ability to “go live” meaning start a live video feed is appearing right within the Facebook Camera screen, alongside other features, like the ability to use Facebook Live Audio, or create an animated GIF. The live streaming was a feature first introduced in 2015, initially only for known public figures and celebrities. Due to the instant popularity it later rolled out to regular Facebook users via the company’s iOS and Google Android applications. As of 2017, there is even a desktop version of the live stream app. 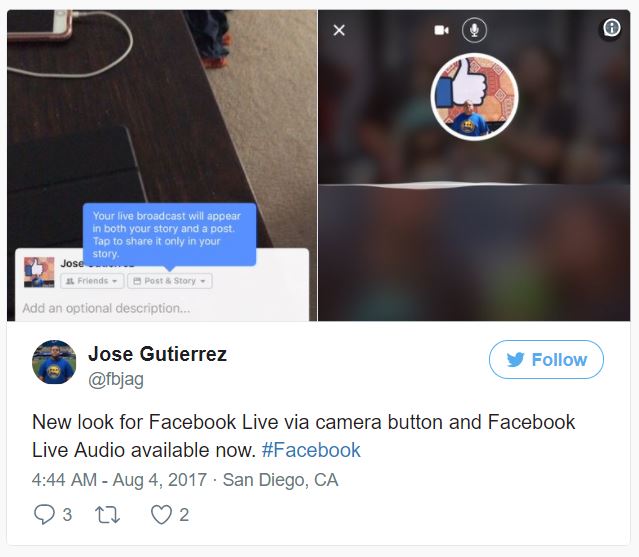 However, you can’t “go live” from the Facebook Camera today, which seems a little odd. It makes sense to combine all camera-related functions on just one screen, as this test is currently doing. That includes taking a personal photo or video to share on Facebook, using photo filters, making a GIF, or recording live audio and live video. For those who are seeing the new version of Facebook Camera, the different functions are appearing across the top of the screen under tabs that read “Live,” “Normal,” and “GIF.”When you’re on the “Live” tab, you can tap on an icon of a video camera to live stream video or tap on a microphone icon to just stream audio. 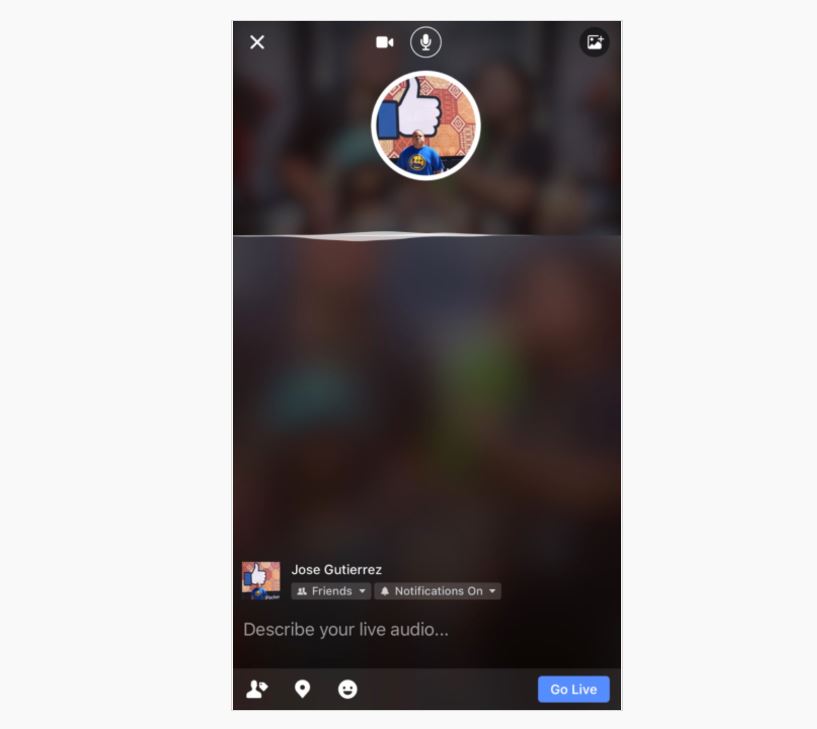 Additionally, the new feature also offers you the option to go live just in your Facebook Story, as opposed to sharing your live video in a regular Facebook post. Or you can “go live” both in your Facebook Story and post at the same time. This is available from a drop-down menu that appears, where you can also choose your audience for the live recording – like Friends, a particular friends list, or Public, for example. Facebook Live Stories were recently spotted in the wild, too: 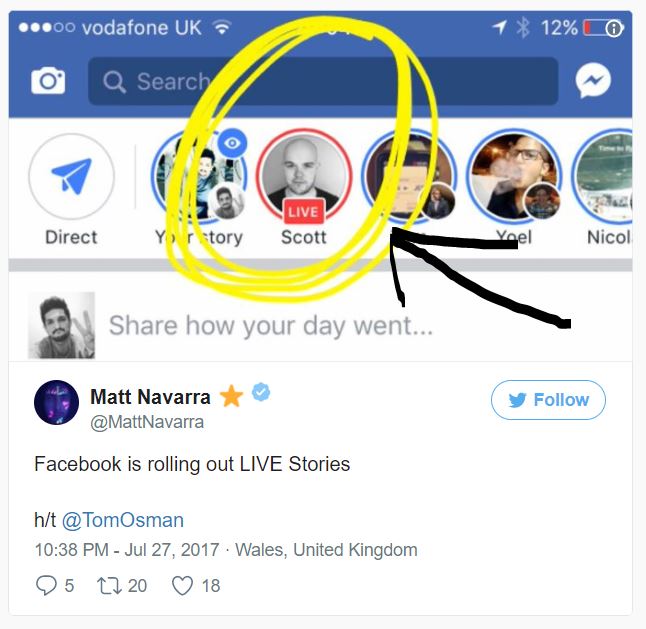 Facebook confirmed that this is a test for the time being, and the feature hasn’t been fully rolled out to Facebook users. The company also recently began testing Facebook Stories on the desktop but is planning that feature’s public launch soon.