Nearly 3.8 billion people on earth use Facebook’s services, according to the latest quarterly results. 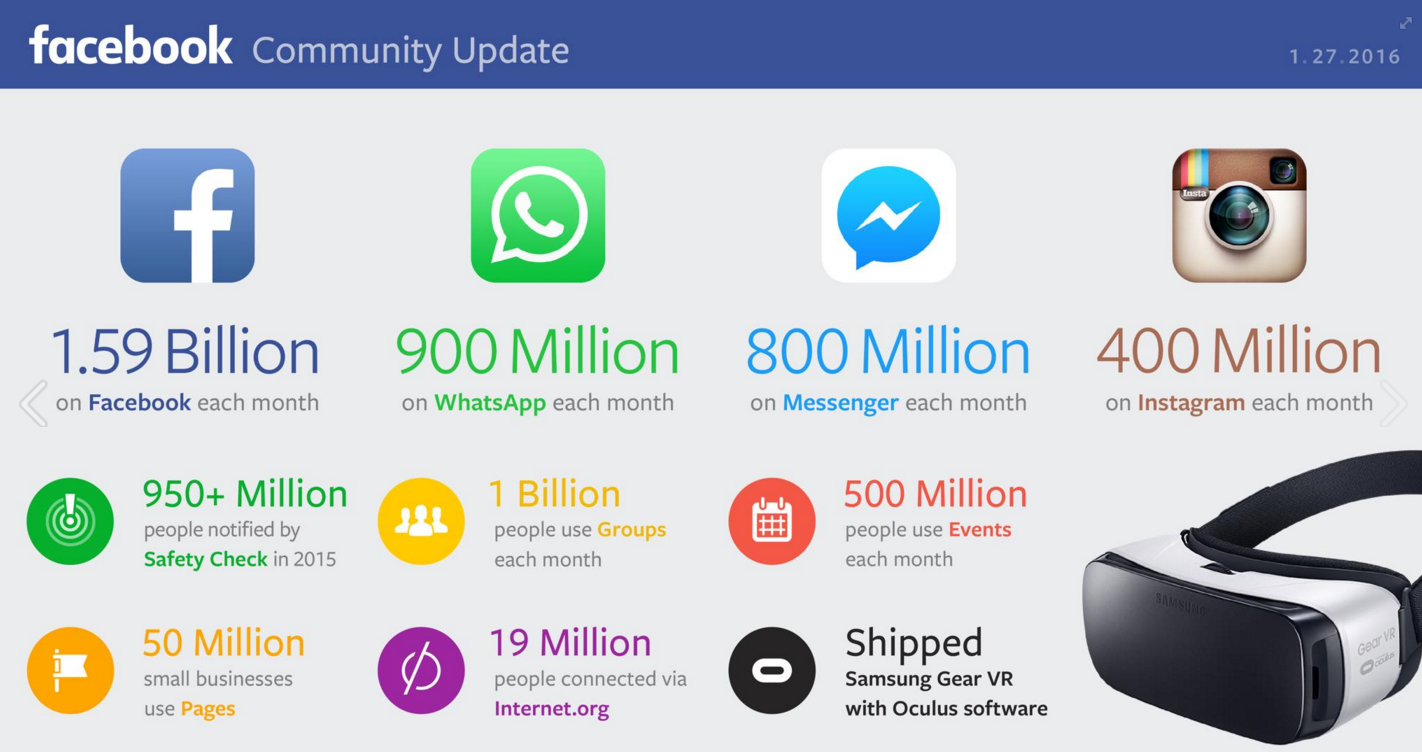 Mark Zuckerberg just released Facebook’s latest quarterly reports with a single infographic. The image above really puts things into perspective, as it shows the incredible reach this company has.

In 2015 people came together in many different ways on Facebook. We celebrated happy moments, from the Indian Super League to the release of Star Wars. Millions of people rallied to support Nepal after the earthquake, France after the Paris attacks and all those affected by the refugee crisis. And every day, hundreds of millions of people just used Facebook to connect with loved ones.

Thank you for being a part of our community, and for helping to connect the world.

Despite how you may feel about privacy you have to hand it to Facebook, as they truly built a global force to be reckoned with.